Sunday 7th February 2016. 5 Ripcor riders arrived at Woodcote Village Hall to sign on to try a CX Sportive. Dubbed by the organisers (Wiggle) as something for all terrain, all bikes, all riders, the prospect of riding 80km around the Chiltern Hills the morning after Storm Henry and the day before Storm Imogen was clearly not putting anyone off as over 150 riders arrived to try the full 80km route.  Dieter and Biggus could only muster enough energy to try the childrens route of 40km. To be fair they are both (very) old. And weak. No offence.

I arrived early to execute my game plan of being able to ride the bridleways and tracks before they got cut up by the knuckle scrapers on their mountain bikes. Best laid plans were ripped to shreds when Chris and Ele turned up and quickly realised Ele had left her cycling shoes in her hotel room. I disguised my disappointment well enough and let them ‘nip’ back to get the shoes which meant I had to wait around and make small talk to Dieter and Biggus. 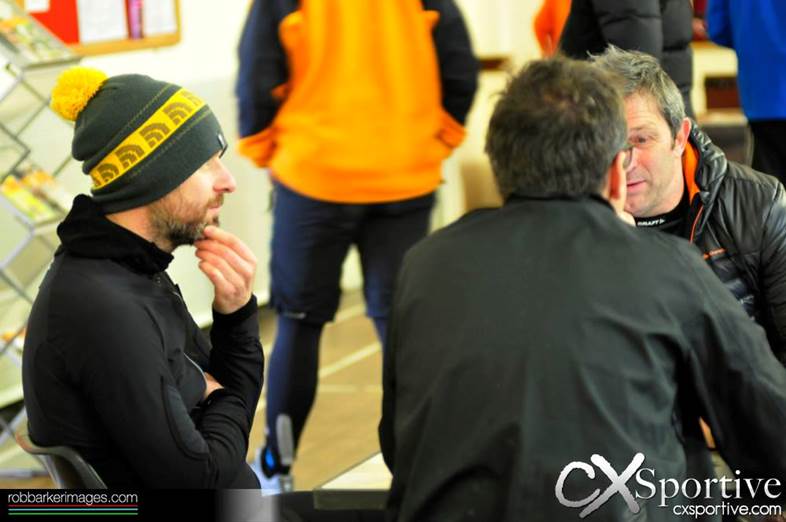 As you can see Dieter had clearly been experimenting with some NOS canisters collected from his garden and I was pretending to be interested. It should be noted that my large and sensitive proboscis was just about to be overwhelmed by the foul stench emanating from the ‘boys’ toilet although there is no way on this earth that any ‘boy’ could have produced the acrid, retch inducing stink. I had to pee so stupidly tried my advanced breath holding technique only to be confronted by a queue and after 60 seconds of not breathing in I had to open the airways which I will always regret.

Whilst this was happening, Ele and Chris had collected her shoes and the paparazzi were snapping Barry still attached to my car.

I was so happy I had modified Barry because there were plenty of newbies proudly showing off their Halfords specials and no-one (apart from me and everyone in Ripcor) knew my dirty secret. I love you Barry.

Anyway – Ele and Chris got their stuff together and as we were attaching race numbers Dieter and Biggus set off on the kids route. We waved them off then shortly rolled out to be faced with a quick section of downhill farm track made of cracked concrete. Bones were shaken, bums wiggled, balls jiggled and water bottles (bidons) lost. The knuckle scrapers were in their element, the CX riders lamenting their lack of suspension and the roadies were f@*ked. 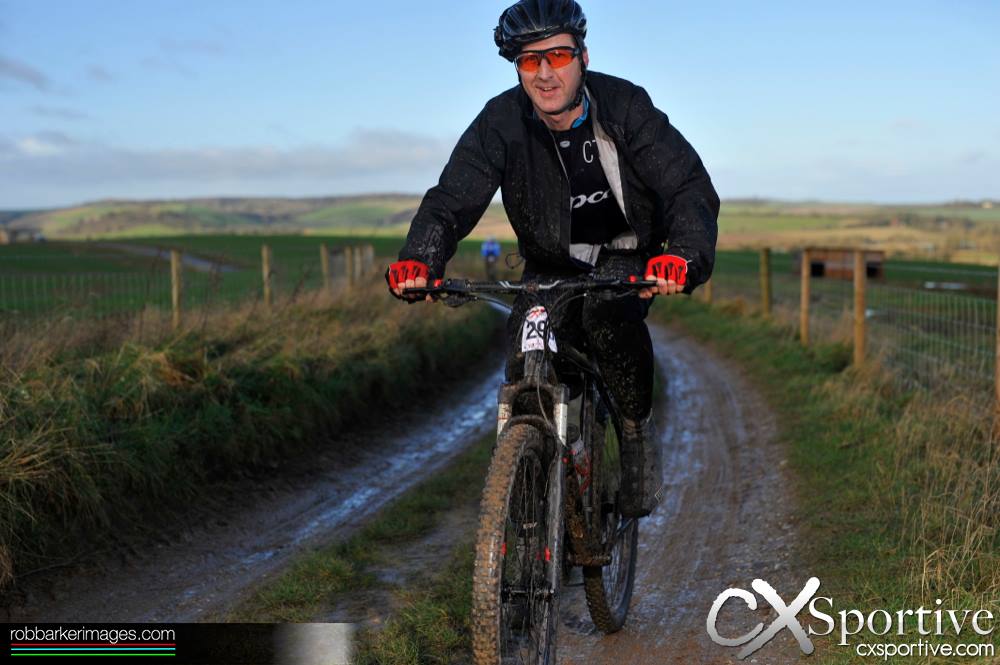 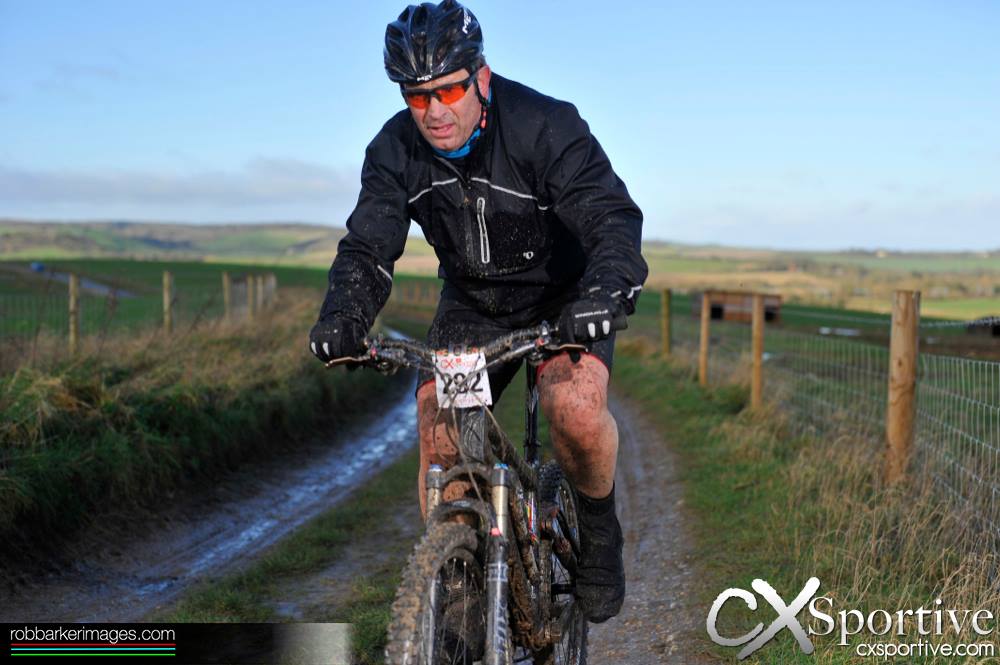 The course was supposed to be designed to cover a variety of terrains with 60% Road (mostly back lanes), 25% fast tracks (fire road/farm track), 10% bridleway and 5% singletrack (semi-technical off road). We flew round to the first check point and tried to clean the agricultural debris (cow shit) from our bidons before fueling on biscuits, cake and cocaine.

The ride had highs and lows (but mostly highs thanks to a shared level of basic toilet humour). I had a flat tyre which on inspection of the tube was just my imagination. My imagination was lying because when I rolled away it was flat again. This time I actually changed the tube and managed to impress the passing riders with my pumping technique. 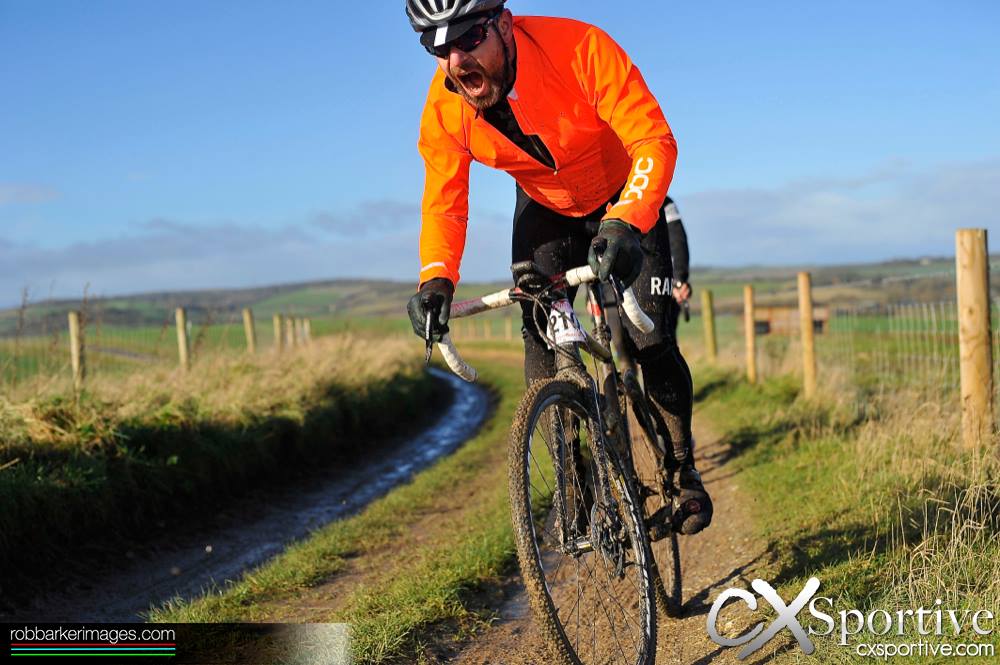 We saw lots of wildlife which clearly made Chris happy as he seemed to relish the site of the many red kites and their majestic kite shaped tails. There was plenty of mud (some like chocolate milkshake and some like actual human poo) and at one point Ele took a spill into some milkshake/poo leaving a rather nice Ele shaped imprint for the following riders to marvel at. We rode up Bottom Hill, past Bottom Farm and along Bottom Lane. Cue schoolboy Ripcor humour. 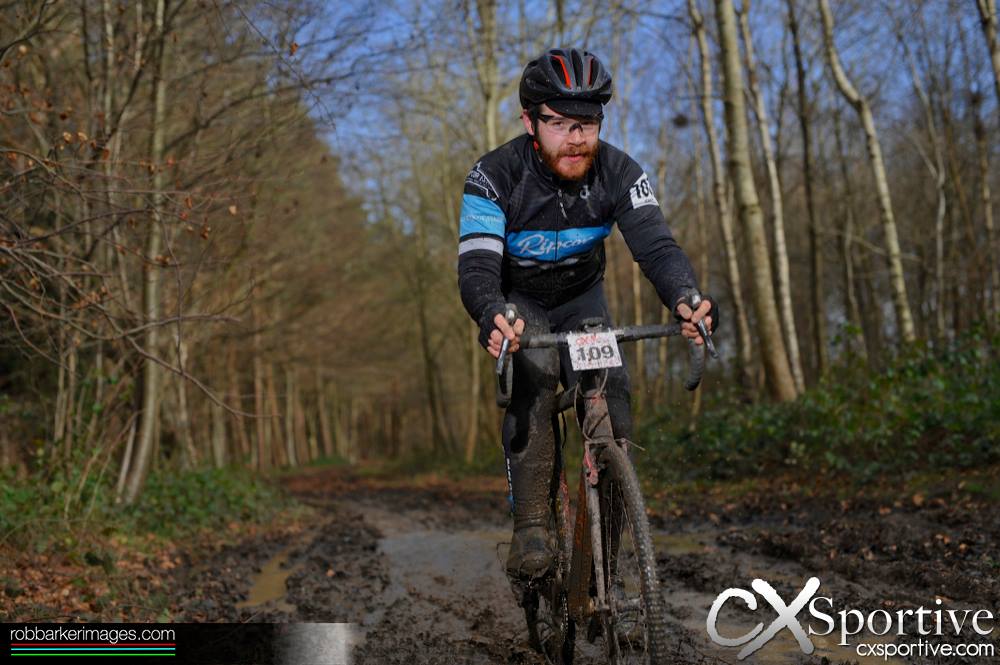 I snapped my chain off and lost it in a swimming sized pool of slurry so had to walk/run/roll/be pushed 4 miles to the enjoyment of everyone else. I also think Chris particularly enjoyed pushing me along. There were lots of hills (1241m of elevation gain) and my heart actually reached 187bpm which I should probably be concerned about. We finished the ride in just over 5 hours and got bronze medals for our efforts. Despite my protests about a lost chain and it’s significant impact on my finishing time they wouldn’t upgrade me to gold. Bastards.